LOS ANGELES — On the day Michael Jackson died, his personal chef says her first hint of something amiss was when his doctor didn’t come downstairs to get the juices and granola he routinely brought the King of Pop for breakfast each morning.

Kai Chase, a professional chef hired by Jackson to maintain a healthy food regimen, recalled the singer’s final days in an interview with The Associated Press. She also spoke about the role of his personal physician, Dr. Conrad Murray, who is now the focus of a manslaughter investigation.

Chase said Tuesday that she had gotten used to seeing Murray coming and going from the mansion. The doctor usually arrived about 9 or 9:30 p.m. and would go upstairs to Jackson’s room, and she said she would not see him again before she left — sometimes late in the evening — but understood he was staying the night.

In the morning, when she arrived for work, Chase said she would see the doctor coming down the steps carrying oxygen tanks. When Murray didn’t come downstairs the morning of June 25, "I thought maybe Mr. Jackson is sleeping late," Chase said.

"I started preparing the lunch and then I looked at my cell phone and it was noon. About 12:05 or 12:10 Dr. Murray runs down the steps and screams, ’Go get Prince!’ He’s screaming very loud. I run into the den where the kids are playing. Prince (Jackson’s oldest son) runs to meet Dr. Murray and from that point on you could feel the energy in the house change.

"I walked into the hall and I saw the children there. The daughter was crying. I saw paramedics running up the stairs."

At that point, Chase said, the small group that was gathered — the children, their nanny, a housekeeper and Chase — held hands and began to pray. As paramedics raced up to the room, Chase recalls, "We were all praying, ’Help Mr. Jackson be O.K.’

"Then everyone was very quiet."

At about 1:30 p.m. she said security guards told her and other staff to leave the property because "Mr. Jackson was being taken to the hospital."

When she came outside, she said, ambulances were in the courtyard and a crowd had gathered.

Chase, 37, who has cooked for other celebrities and comes from a show-business family, was hired by Jackson in March, let go in May, then returned on June 2. She said the pop star’s focus was on fresh, healthy food for him and the children.

She prepared meals for the family and occasionally for Murray. She said Jackson was in training for his upcoming shows in London and told her: "You have to take care of me."

On most days, she said, Murray would bring Jackson the special fruit juice drinks Chase prepared for him, followed by granola with almond milk. For lunch, Jackson would eat with the children from a menu that included such things as spinach salad and chicken.

Murray sometimes joined them for dinner, which might be a seared ahi tuna. She said the doctor conferred with her about the 50-year-old pop singer’s food and made sure that he ate.

The only oddity was the oxygen tanks. Chase said she never asked about the purpose of the oxygen and she saw no sign that Jackson was on drugs or was in failing health.

"Normally in the morning, he would bring oxygen tanks from upstairs downstairs, one in each hand," she said.

Authorities searched Murray’s Las Vegas home and medical office Tuesday as part of an investigation that included raids last week of his clinic and storage in Houston.

With toxicology reports pending, investigators are working under the theory that the powerful anesthetic propofol caused Jackson’s heart to stop, a law enforcement official told The Associated Press. Murray told investigators he regularly administered the drug to help Jackson sleep, and had done so sometime in the early morning of June 25, according to the official, who spoke on condition of anonymity because the investigation is ongoing.

Propofol is supposed to be administered only in monitored medical settings by trained personnel; the official told AP that Murray left the bedroom and returned to find the star unresponsive. Police have said Murray is cooperating and have not labeled him a suspect, and his lawyer, Edward Chernoff, has said the doctor "didn’t prescribe or administer anything that should have killed Michael Jackson."

Like Murray, Chase said she was hired to accompany Jackson to London for his comeback concerts and the request was personally made to her by his 12-year-old son, Prince Michael II.

"Prince said, ’Daddy wants me to tell you he wants you to go to London with us,’" she recalled. "I said, ’Tell your daddy that I’m pleased and honored."

She said she had already filled out paperwork and submitted a copy of her passport to the Jackson staff and expected to leave for London on July 3.

It was the end of her dream job and an idyllic time in Chase’s life, a time that had begun in March with a call from Jackson’s assistant, Michael Williams. She was told that "a client" wanted her services as personal chef but she was not told the client was Jackson until she was hired.

She said Jackson had seen her resume which included jobs cooking for Macy Gray and Jamie Fox as well as catering a fund raiser for President Barack Obama.

But before she started she had to pass muster with three other people: the Jackson children.

"I came to the house and the first people I met were the kids. They started interviewing me," she said. "They told me: ’We’re into healthy eating."

When they approved her, she went to work and "We developed a really great bond."

Most days, she said, Jackson made a point of having both lunch and dinner with the children, Prince, 11-year-old Paris; and 7-year-old Prince Michael II, known as Blanket, and each meal was preceded by Paris saying grace. After weeks of healthy food, she said she wrote Jackson a note with a suggestion:

"I said, ’What about doing comfort-food Saturdays? We could do barbecued chicken and corn on the cob, maybe Mexican food or soul food.’" She said he loved the idea, but as the concerts approached, healthy eating returned full time.

"He said, ’I’m a dancer,’ and he wanted food that would not make him cramp up while he was dancing."

She now treasures little notes she received from the children and from Jackson and a present he gave her.

"One day he handed me a little gift bag and said, ’This is for you from me and the children.’ He had given me an iPod Touch because the children told him I still had a Walkman. It had the 25th anniversary ’Thriller’ album loaded on it."

She said she has visited with the children since Jackson’s death and they are doing well. "They have so many cousins to play with."

As for Chase’s future, she said Jackson encouraged her to write a cookbook and she has written one tentatively titled, "Fit for a King." It includes recipes she cooked for Jackson and the story of the time she worked for him.

"He was an inspiration to me," she said. 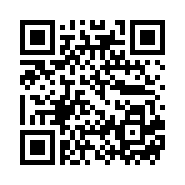