One night a baby fish was sleeping under some coral when God appeared to him in a dream. "I want you to go forth with a message to all the fish in the sea," God said.

"What should I tell them?" the little fish asked.

"Just tell them you're thirsty," God replied. "And see what they do." Then without another word, He disappeared.

The next morning the little fish woke up and remembered his dream. "What a strange thing God wants me to do," he thought to himself. But as soon as he saw a large tuna swimming by, the little fish piped up, "Excuse me, but I'm thirsty."

"Then you must be a fool," then tuna said. And with a disdainful flick of his tail, he swam away.

The little fish did feel rather foolish, but he had his orders. The next fish he saw was a grinning shark. Keeping a safe distance, the little fish called out, "Excuse me, sir, but I'm thirsty."

"Then you must be crazy," the shark replied. Noticing a rather hungry look in the shark's eye, the little fish swam away quickly.

All day he met cod and mackerels and swordfish and groupers, but every time he made his short speech, they turned their backs and would have nothing to do with him. Feeling hopelessly confused, the little fish sought out the wisest creature in the sea, who happened to be an old blue whale with three harpoon scars on his side.

"Excuse me, but I'm thirsty!" the little fish shouted, wondering if the old whale could even see him, he was such a tiny speck. But the wise one stopped in his tracks. "You've seen God, haven't you?" he said.

"Because I was thirsty once, too." The old whale laughed.

The little fish looked very surprised. "Please tell me what this message from God means," he implored.

"It means that we are looking for Him in the wrong places," the old whale explained. "We look high and low for God, but somehow He's not there. So we blame Him and tell ourselves that He must have forgotten us. Or else we decide that He left a long time ago, if He was ever around."

"How strange," the little fish said, "to miss what is everywhere."

"Very strange," the old whale agreed. "Doesn't it remind you of fish who say they're thirsty?" 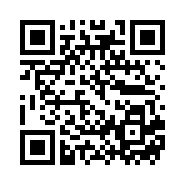